The International Space Station is an orbiting laboratory and construction site that synthesizes the scientific expertise of 16 nations to maintain a permanent human outpost in space.

While floating some 240 miles (390 kilometers) above Earth’s surface, the space station has hosted a rotating international crew since November 2000.

Astronauts and supplies are ferried by the U.S. space shuttles and the Russian Soyuz and Progress spacecraft. Astronauts who reach the facility aboard one of these missions typically live and work in orbit for about six months.

Simply by spending time in orbit, astronauts reveal much more about how humans can live and work in space. Crews have learned the difficulties of diet, in a world in which their sense of taste is decreased, and of getting a good night’s sleep while secured to a non-floating object.

But the crew is also occupied with a full suite of scientific experiments, the ongoing improvement and construction of the station, and a rigorous regime of physical training. Astronauts must exercise for two hours each day to counteract the detrimental effects of low gravity on the body’s skeleton and circulatory system.

Animals Centuries of breeding have reshaped dog brains—here’s how

The station has been under construction since November of 1998. In that year the first piece of its structure, the Zarya Control Module, was launched into orbit with a Russian Proton rocket. In 2008, the two-billion-dollar science lab Columbus was added to the station, increasing the structure to eight rooms.

The floating facility’s design features a series of cylinder modules attached to a larger truss of a dozen segments. The Zarya Module is mainly used for storage and external fuel tanks, while the Zvezda Service Module houses the crew’s living quarters and the station’s many life-supporting systems. The space station is powered by solar panels and cooled by loops that radiate heat away from the modules. The station’s Destiny laboratory functions as a unique floating facility for tests of materials, technologies, and much more. The Columbus lab was designed to house experiments in life sciences, fluid physics, and other fields.

Docking ports allow the station to be visited by a growing variety of spacecraft, and the Quest Airlock enables access for the frequent spacewalks essential to the facility’s continuing construction.

Canadarm2 is another important feature of the space station. This Canadian-built apparatus is a large, remote-controlled space arm that functions as a crane and can be utilized for a wide variety of tasks.

The International Space Station may be completed by the end of this decade. When construction is finished, six crew members will be able to live and work in a space larger than a typical five-bedroom house. 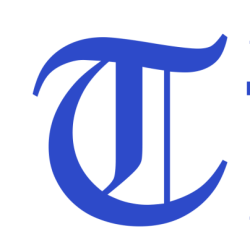