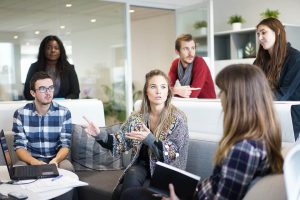 With Sino-American trade tensions escalating, China’s cybersecurity standards could be used as an “invisible tool” for retaliating against Washington’s tariffs, according to one expert. Such standards are government-issued operational guidelines that are technically voluntary, but are oftentimes treated as mandatory by foreign firms’ Chinese business partners. If Asia’s largest economy were to weaponize the listing […]

Urea dysfunctions in the liver may signal cancer

A new study, now published in the journal Cell, suggests that the way in which the human body processes nitrogen may be key to finding new ways of detecting and destroying cancer. Nitrogen is a gas that is vital for all organisms. Both plants and animals need it in order to make proteins. When our […]

Mass hysteria: An epidemic of the mind?