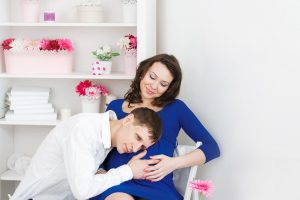 A new teaser for the new season of The Walking Dead has been unveiled at the 2018 San Diego Comic-Con. We’re expecting a longer trailer later today, but this was unveiled in Southern California yesterday at the world’s biggest comic convention. The Walking Dead stars Andrew Lincoln, Norman Reedus, Lauren Cohan, Chandler Riggs, Danai Gurira, Melissa McBride, […]

A group of Tinder founders and executives has filed a lawsuit against parent company Match Group and its controlling shareholder IAC. The plaintiffs in the suit include Tinder co-founders Sean Rad, Justin Mateen and Jonathan Badeen — Badeen still works at Tinder, as do plaintiffs James Kim (the company’s vice president of finance) and Rosette […]

If you have yet to try the developing Budgie desktop, the latest release of Ubuntu Budgie is a perfect opportunity to experience a classy and user-friendly computing platform. Budgie is one of the first home-grown Linux distros to release its latest version based on Ubuntu 18.04. The independent developer announced Ubuntu Budgie 18.04 last week, […]