Mountain goat, (Oreamnos americanus), also called Rocky Mountain goat, a stocky North American ruminant of the family Bovidae (order Artiodactyla). Surefooted relatives of the chamois, mountain goats cling to steep cliffs in habitats ranging from ocean shores to glaciated mountain tops. They are agile, methodical climbers, adapted to the insecure footing of snow-covered and icy cliffs, where predators are loath to follow. On these cliffs, they readily turn on their pursuers, including humans.

Mountain goats belong to the goat antelope tribe, Rupicaprini, of the bovid family. Despite their unusual appearance and behaviour, they are close relatives of sheep and true goats. Mountain goats occur from the Yukon and Alaska to Utah, but most are found in British Columbia. They have been successfully restored to their former abundance in some areas and have also been introduced to some areas where they were never native, including Kodiak Island, the Olympic Peninsula of Washington, the Rocky Mountains of Colorado, and the Black Hills of South Dakota. They occurred in early postglacial times on Vancouver Island but became extinct; recent restoration efforts failed. Mountain goat populations fluctuate and are sensitive to human impacts. Consequently, they are constantly being watched to ensure the timely application of corrective management.Mountain goats (Oreamnos americanus) in the mountains of Olympic National Park, Washington, U.S. W.Wayne Lockwood, M.D./Corbis

Stocky climbers with muscular legs and broad hooves, mountain goats stand about 1 metre (39 inches) at the shoulder. Large males can weigh more than 120 kg (260 pounds), and females weigh about 60–90 kg (130–200 pounds). The hair is coarse, white, and shaggy over a thick, woolly underfur; a beard frames the slender muzzle. The sexes look alike and bear sharp, slightly backward-curving, black horns that are 5–25 cm (2–10 inches) long. Unlike true goats, mountain goats do not butt heads but instead stab each other with their horns. Since the horns can cause severe injury, mountain goats are highly reluctant to fight. Nevertheless, males grow a very thick skin as a body armour against attacks by rivals or females.Mountain goats (Oreamnos americanus) in a zoo.Encyclopædia Britannica, Inc.

To compensate for their narrow preference for cliffs, mountain goats eat a great variety of plants: grasses, herbs, foliage, twigs, lichens, and, in particular, alpine firs and other conifers. They may excavate these plants at the timberline from beneath deep snow. In summer when lactating or growing new coats of hair, mountain goats may reluctantly leave the security of their cliffs to supplement their nutrient intake with visits to mineral licks. Among other minerals, inorganic sulfur is used by the goat’s rumen flora to synthesize the rare amino acids cysteine and methionine, which are essential to the goat’s hair growth at that time. Facts Matter. Support the truth and unlock all of Britannica’s content. Start Your Free Trial Today

Mountain goats are unusual in that males readily defer to females. Females live in small bands but may become territorial in severe winters, while adult males are solitary. Courting males crawl to females and make sounds like those of baby goats. They mate in late November and December. After the mating season, females may drive the males off their wintering ranges. A single kid (rarely two) is born in late spring after about 180 days gestation and joins a nursery group within a week after birth. Adult female mountain goats are very protective mothers. In winter females with young may become territorial and lay claim to an area of favourable cliff habitat. They then chase all other goats from their territories and readily attack hesitating males. Females are more likely to fight than males. 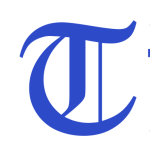 Ways Education Can Change the World