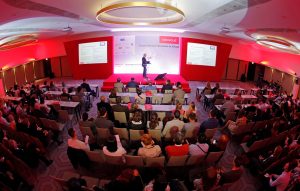 Shares in Europe open slightly higher Wednesday as concerns over the Turkish currency crisis continue to affect investors’ appetite. However, trading flows were also sluggish as a number of European bourses are closed due to a public holiday, including Italy, Greece and Austria. The pan-European Stoxx 600 was up by 0.18 percent with most sectors […]

Q: Society and media seem to try to convince everyone that men should give women flowers if they’re trying to show affection. But is that just media-driven fake news in an age of alternative facts? Should I try to come up with some other random gift, like a candle, to show that I’m creative or […]